How Do I know which Chemical Peel is Right for me? Ask Aesthetician Amy 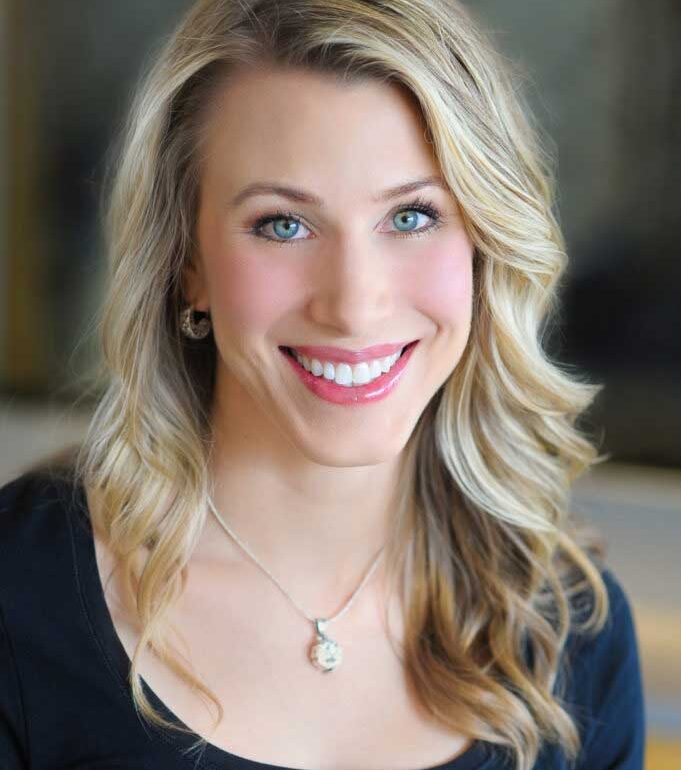 Client: I have heard there are many skin care benefits to chemical peels and I understand there are different options available, so how do I know which peel is right for me?
Amy: You are absolutely right! Chemical peels can do wonders for your skin, such as reduce fine lines, build collagen and give your skin an illuminating, youthful glow. To know which peel is right for you, it is important to think about what your skincare goals are and how much down time you can take. But don’t let the phrase “down time” scare you, all I am really talking about here is time out of the sun and time to allow your skin to exfoliate, heal and rejuvenate. You are going to have some skin sloughing with most peels, so its best to plan for skin transformation time. This is just nature’s way of renewing your skin. Most procedures take less than an hour to perform, with minimal discomfort during the treatment.
Client: Can you educate me on some of the peels you offer at Belladerm?
Amy: Absolutely. We like to tailor our peels to each clients specific needs, however there are a few basics that apply. For those seeking a more superficial peel, we offer the SkinMedica® Illuminize Peel.  It is the lightest peel we offer, which makes it a prefect choice for summer time! The SkinMedica Illuminize peel will tighten and tone your skin.  For someone who has never had a peel, this is perfect for you! You can expect quick results and a radiant glow immediately following the treatment. Illuminize peels are perfect for looking luminous for that special summer occasion that is right around the corner, and you don’t have to worry about down time.  Your skin will have an increased glow, tightness and an overall more youthful appearance!
Amy: If you are looking for a more dramatic transformation, you may want to consider a more aggressive peel such as SkinMedica® Vitalize Peel. The Vitalize peel is one of our most popular peels. Our clients rave about the results!
Client: Why is the Vitalize Peel so popular?
Amy: The Vitalize Peel is suitable for all skin types, with noticeable results after just one peel. This peel is indicated for patients with mild to moderate skin conditions such as sun damage, fine lines and wrinkles, acne, acne scarring, and melasma. These are the most common concerns of the clients we see at Belladerm. The benefits you can expect are well tolerated with little downtime.  This peel helps decrease fine lines and wrinkles, reduces pore size, smooths and improves the tone and texture of your skin, which will result in a healthier, more resilient complexion.  It also helps improve acne.  You will peel approximately 2-5 days following your peel.  You will need to protect your skin from sun exposure during that time.  You will have noticeable results after just one peel and significant results after three to six peels.
Amy: For a more aggressive solution that will correct more serious skin care conditions, I recommend the SkinMedica® Rejuvenize Peel.  It is the deepest of the SkinMedica® Peels.  It penetrates deep into the surface layers of the skin to produce significant results with minimal irritation. The Rejuvenize Peel is indicated for people with moderate to severe skin conditions including sun damage, lines and wrinkles, acne, acne scarring and melasma.  Our clients have seen a significant improvement in their skin using this peel.  It begins working instantly to reveal fresher, more beautiful skin.  It is similar to the Vitalize Peel in that you will peel approximately 2-5 days after your peel.  You will need to protect your skin from sun exposure during that time.  You will see noticeable improvement after just one peel and significant results after three to six peels.
Amy: We highly encourage you to educate yourself on the many benefits of chemical peels, however, the best way to determine which chemical peel is suitable for your unique skin care needs is to come and see me!  Our consultations and complete VISIA skin analysis are always free! Call anytime at 763-494-9905!
About Amy Dague: Aesthetician Manager, Certified Laser Technician
Amy received her license in Esthetics in 2003, and completed her license as Esthetic Manager in 2006. Amy has also received her Certification in Cosmetic Laser Procedures through Empire Medical Training Inc. She has extensive training and continues to attend advanced workshops to provide her clients the most advanced treatments. In addition, Amy also has a Bachelors Degree in Psychology from the University of Minnesota.   Amy is passionate about overall skin health and client education. She enjoys working with her clients to help them achieve their personal skincare goals. Amy works directly with Robin to ensure Belladerm offers the finest pharmaceutical grade products available, as well as effective aesthetic procedures. She has worked at Belladerm since 2006, and loves being part of Belladerm’s friendly, professional team.

Here are 5 top reasons why you should avoid tanning beds at ALL costs:
1. Your risk of melanoma increases by 75 percent when you use tanning beds before the age of 35.
2. Last year, the International Agency for Research on Cancer shifted indoor tanning devices to the highest cancer risk  category: “carcinogenic to humans.” (They were formerly classified as “probably carcinogenic to humans.”)
3. Tanning can be addictive. For some people, UV radiation can have a drug like effect; they feel dependent on it and can experience withdrawal symptoms, says David Fisher, M.D., Ph.D.
4. Not only are tanning-bed users more vulnerable to melanoma, they’re also 2½ times more likely to be diagnosed with squamous cell carcinoma and 1½ times more susceptible to basal cell carcinoma.
5. If you want to stop or prevent premature aging, steer clear of tanning beds. Tanning beds cause noticeably aging skin, such as wrinkles, fine lines and age spots. Tanning can also create a “Leathery look to the skin which can add years to a person’s appearance.
A Tan may look Good but is it Good for you? More Dangers of Indoor Tanning.
Indoor tanning exposes users to two types of ultraviolet (UV) rays, UV-A and UV-B, which damage the skin and can lead to cancer. Indoor tanning is particularly dangerous for younger users; people who begin indoor tanning during adolescence or early adulthood have a higher risk of getting melanoma, likely because of increased lifetime UV exposure. In fact, every time you tan you increase your risk of getting melanoma.
Sunburns and tans are both dangerous because they cause DNA damage to our skin. Your risk of developing melanoma increases after just one blistering sunburn.
Squamous cell cancer increases based on your lifetime exposure to UV rays. Basal cell carcinoma risk increases based on the combination of intense sun exposure and lifetime exposure to UV radiation. UV radiation comes from the sun…and from tanning beds.
You cannot get a “Safe Tan” from a Tanning Bed.
The FDA and the CDC both suggest that you avoid using tanning beds in order to prevent developing skin cancer. There really is no such thing as a safe tan from a tanning bed. In addition to the risk of developing skin cancer, exposure to UV rays causes your skin to age prematurely.
It’s time we rethink our position on the standards of beauty. A Tan really is not beautiful; it is a walking advertisement for skin cancer.
This might ring a bell: “You only get the healthy rays in tanning beds,” or “Tanning beds give you a ‘base tan’ to keep you from burning.” The tanning-salon industry wooed many of us with these marketing claims when UVA rays — the ones tanning machines mainly use — were thought to be safe and only UVB rays from the sun were believed to be harmful.
Since then, we’ve grown wiser. Definitive research has now proven that both UVA and UVB rays can cause skin cancer. (UVA rays have been specifically linked to melanoma.) Still, about 30 million people go tanning every year, about 70 percent of whom are young women. Tanning salons outnumber even Starbucks and McDonalds in some of the largest U.S. cities, according to a San Diego State University study.
Still don’t want to kick the habit? Here’s why you must kiss the bed good-bye!
Help educate our youth about the Dangers of Tanning Beds!
Tanning Beds and Teens.  Tanning beds are not safe. Both UVA and UVB rays cause cancer. Tanning beds often exceed “safe” UV limits, despite the claims of the salon. Teens are at special risk because their bodies are undergoing such accelerated growth rates that their cells are more prone to the damage of the UV radiation. By routinely tanning their skin starting at a young age, teens put themselves at greater lifetime risk of developing skin cancer. Contrary to popular belief, it is possible to get sunburn in a tanning bed, and your eyes are at an increased risk of developing cataracts and corneal burns.
UV Radiation
UV radiation comes from the sun and from tanning beds. UV radiation damages our skin and adversely affects our immune system. As previously mentioned, one blistering sunburn increases your risk of developing melanoma, which is a very dangerous and lethal skin cancer. You are also 2.5 times more likely to develop basal cell carcinoma and 1.5 times more likely to develop squamous cell.
Statistics
In the United States, indoor tanning is thought to cause about 419,000 cases of skin cancer every year. For comparison, smoking is thought to cause about 226,000 cases of lung cancer every year.
According to the 2011 Youth Risk Behavior Surveillance System, the following proportions of youth report indoor tanning—
• 13% of all high school students.
• 21% of high school girls.
• 32% of girls in the 12th grade.
• 29% of white high school girls.
According to the 2010 National Health Interview Survey, indoor tanners tended to be young, non-Hispanic white women.
• 32% of non-Hispanic white women aged 18–21 years reported indoor tanning. Those who reported indoor tanning device use reported an average of 28 sessions in the past year.
• Among non-Hispanic white adults who used an indoor tanning device in the past year, 58% of women and 40% of men used one 10 times or more in the past year.
• Non-Hispanic white women between the ages of 18 and 21 years residing in the Midwest (44%) and non-Hispanic white women between the ages of 22 and 25 old in the South (36%) were most likely to use indoor tanning devices.